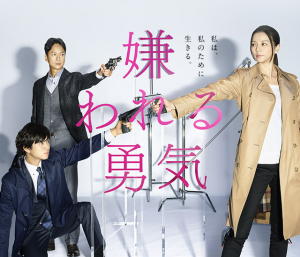 We offer our tea set from "Chushin Kobo" and  "Gato Mikio Store" to a Japanese TV drama "Kirawareru Yuuki."

The Drama starts January 2017, every Thursdays from 10 PM Japan time.

At the first television broadcast, Ranko uses our tea set after she solved a case. Ranko is a cool woman who says all in her mind. Japanese cast iron teapot of Yamagata casting is a perfect teapot for such a smart woman.

What is a tea set Ranko uses in a drama "Kirawareru Yuuki"?

We introduce the cast iron teapot and tea canister which Ranko use.

A set of a Japanese cast iron teapot and a tea canister. Best set for enjoying tea time.

For your daily use and a gift for tea lovers. Best tea set from Japan.

Both Japanese cast iron teapot of Yamagata casting and tea canisters of Yamanaka lacquer ware have been very popular at our store. Please get it now!

*Please note that for back order this Japanese cast iron teapot or wooden tea canister, it may take at most 6 months.

END_OF_DOCUMENT_TOKEN_TO_BE_REPLACED

It is a Scandinavian design mug that utilize the skills of type craftsman of Seto City, Aichi Prefecture. If you add to coffee time you can enjoy Nordic cafe.

Have a relaxing time with stylish kyusu and teapot

For your relaxing time, your favorite kyusu or teapot are necessary. In this page, we collect beautiful handmade teapots or kyusu. Have a special teatime with special kyusu or teapot!